“Small Mouth Sounds” is the humorous story of six strangers who have run away to the woods for a silent retreat, and must find a way to communicate with one another as they confront internal demons.

“We want to extend a special thank you to the members of the Peabody Public Schools community who came out on an early Saturday morning to support our student artists,” theater teacher Stephanie Manning said. “They continue to work hard and dedicate so much of themselves in order to create high-level, quality theater each year and we couldn’t be more proud!”

“Ms. Manning and her crew have done an incredible job adapting and adjusting to the challenges of the pandemic, and this success is just the latest example of their impressive work,” Superintendent Vadala said. “Performing arts have always been a great source of pride for us in Peabody and this group has really gone above and beyond.” 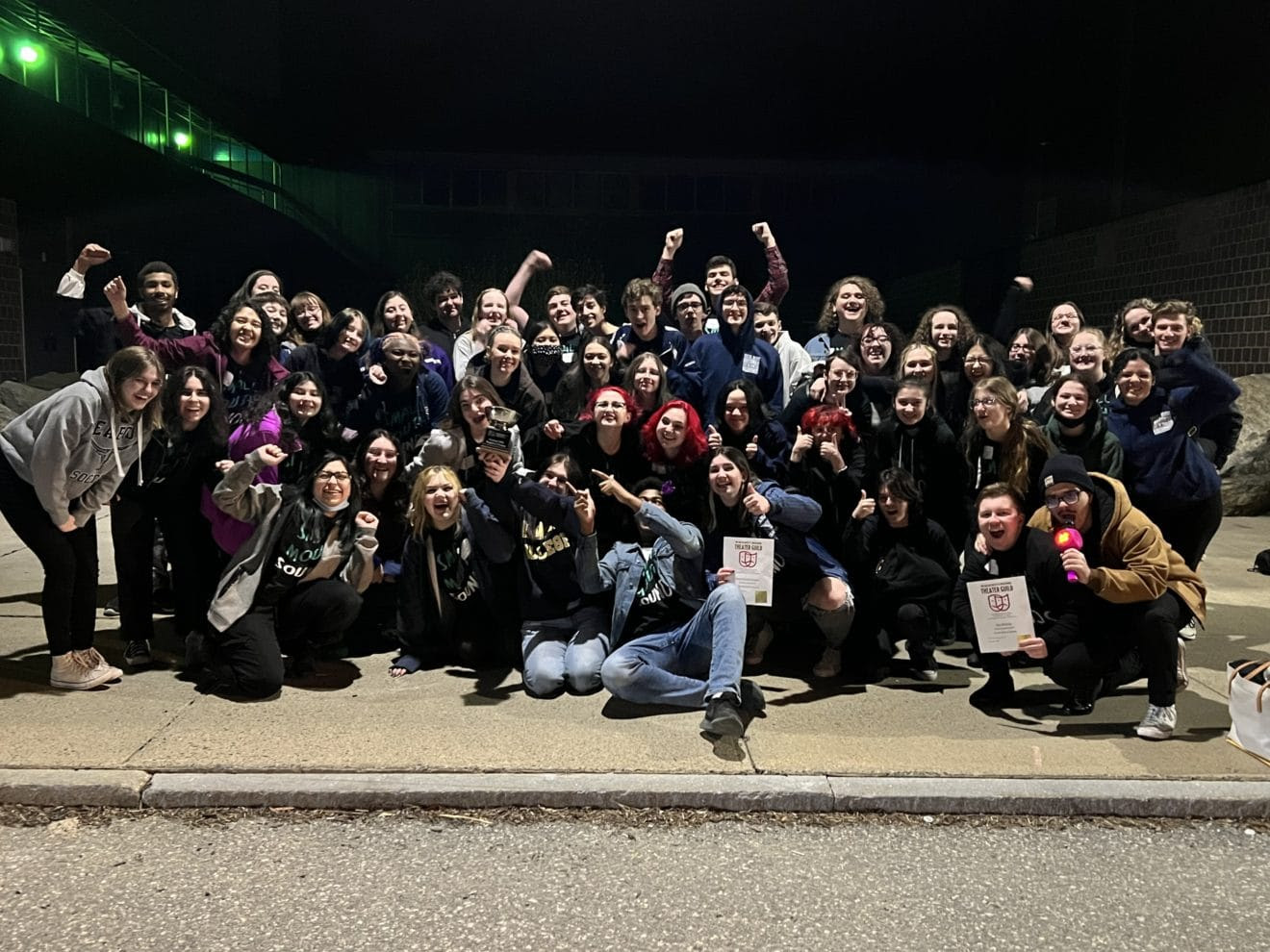