Superintendent Josh Vadala is pleased to share that Peabody Public Schools has accepted a donation of more than $1 million from a Peabody Veterans Memorial High School alumna who passed away in 2020. 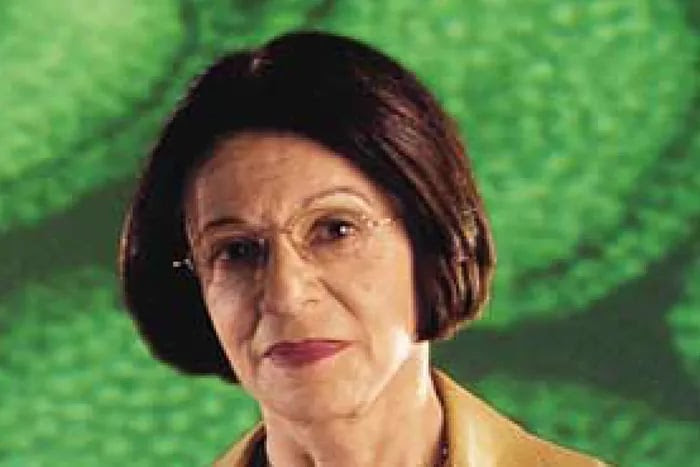 Dr. Ruth Shoer Rappaport passed away on April 28, 2020, in Philadelphia. Dr. Rappaport had no surviving immediate family, so she donated her entire estate to several non-profit and charitable organizations, including Peabody Public Schools.

Dr. Rappaport graduated from Peabody Public Schools in 1955, before attending Vassar College and Yale University. After earning her Ph.D. from Yale, Dr. Rappaport became the first female scientist ever hired by the Wyeth Laboratories.

Dr. Rappaport’s research contributed to the development of a host of vaccines for the company, where she overcame a male-dominated world and rose to become Senior Director of Clinical Immunology and Virology for Wyeth, which was later bought by Pfizer.

In her will, Dr. Rappaport bequeathed a portion of her estate to Peabody Veterans Memorial High School, to be used to create the Irving and Jennie Pearl Shoer Family Endowment, which Dr. Rappaport named after her parents.

The endowment is to be permanently restricted. Net income from the fund will be used to purchase the 14-karat gold George Peabody Medals that are awarded each year to the top six students in the graduating class at Peabody Veterans Memorial High School.

If net income from the fund exceeds the cost of the medals each year, the excess funds can be reinvested, or used to support the activities of the high school’s orchestra. Excess funds may be used to buy or rent musical instruments, to pay guest artists or conductors, for stipends for individualized music lessons, or for scholarships to high-achieving students attending college or trade school.

“The students of Peabody Veterans Memorial High School, and all of the Peabody community, are blessed by the generosity of Dr. Rappaport, who never forgot her hometown or alma mater even as she achieved greatness in her life and moved away from the area,” said Superintendent Vadala. “We are thankful for this extraordinary gift that will help to motivate and reward Peabody students who strive to achieve, while also illustrating the importance of generosity that we try to instill in all members of our school community.” 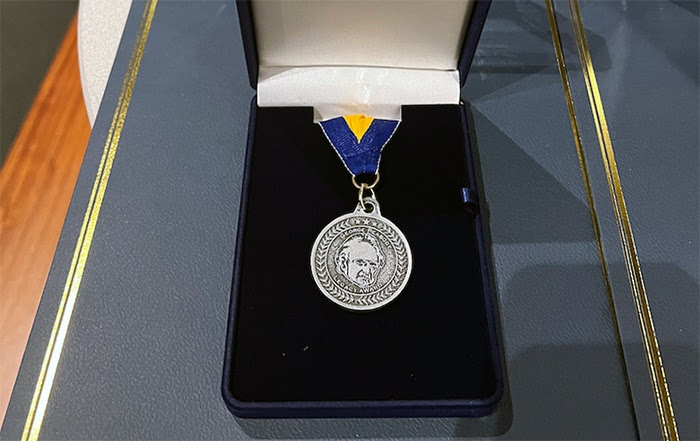 A George Peabody Medal, awarded each year to top students in the graduating class of Peabody Veterans Memorial High School.