PEABODY — Superintendent Josh Vadala is pleased to share that Peabody Public Schools has been awarded a $125,000 Skills Capital Grant from the Baker-Polito Administration.

The grant was announced during a ceremony held at Peabody Veterans Memorial High School on Monday, Aug. 16, during which Gov. Charlie Baker handed out Skills Capital Grants to 47 school districts.

Peabody Public Schools will use this new round of grant funding to purchase simulation-based training equipment for Medical Assistant students to gain hands-on practice and knowledge. The equipment will include patient simulators, electronic thermometers, spirometers, pediatric scales, diagnostic equipment, and vision and hearing screeners.

During the tour staff members and current and former students demonstrated how the District had applied a previous $175,000 Skills Capital Grant. That grant assisted the District in modernizing the kitchen for its Culinary Arts program, and in upgrading its electronics labs by purchasing fiber optic equipment, robotics arms, hot air soldering stations, drone kits, and 3D printers.

Skills Capital Grants are awarded to educational institutions that are able to showcase their partnerships with local businesses and whose curriculum and credentials seek to meet the demand of growing industries in the Commonwealth.

Gov. Baker lauded the District for its emerging public-private partnership with RCN working toward opening a state-of-the-art fiber optics lab at the High School in the coming months. RCN also has committed to hiring four Peabody High School students as paid interns.

“Having the first certified fiber optics program in the country will be a good thing for RCN, for Peabody, and hopefully it will be a jumping-off point for a lot of other programs in the Commonwealth,” Gov. Baker said.

Through its Skills Capital Grants, the Baker-Polito Administration has worked to increase the number of students enrolled in programs where they can learn and train for occupations in high-demand careers. Since 2015, 387 grants totaling more than $102 million have been awarded to 187 schools and educational institutions, with many organizations receiving multiple grants. The state’s investment also helped institutions leverage the grants to gain an additional $25 million in local matching funds.

“Massachusetts is ranked as one of the top economies for innovation. When you think about innovation, you think about the problems that exist in the world, and the people who have the skills and knowhow to fix them,” Lt. Gov. Polito said. “To continue to be competitive, we need to invest in skills development, and in educational opportunities.”

“We are grateful to the Baker-Polito Administration for this new round of funding, and to Gov. Baker, Lt. Gov. Polito, Secretary Acosta, and Secretary Peyser for visiting the school,” Superintendent Vadala said. “We were able to show that these grants have a large impact on our students, and help prepare them to join the workforce in industries that are growing and need more skilled employees.” 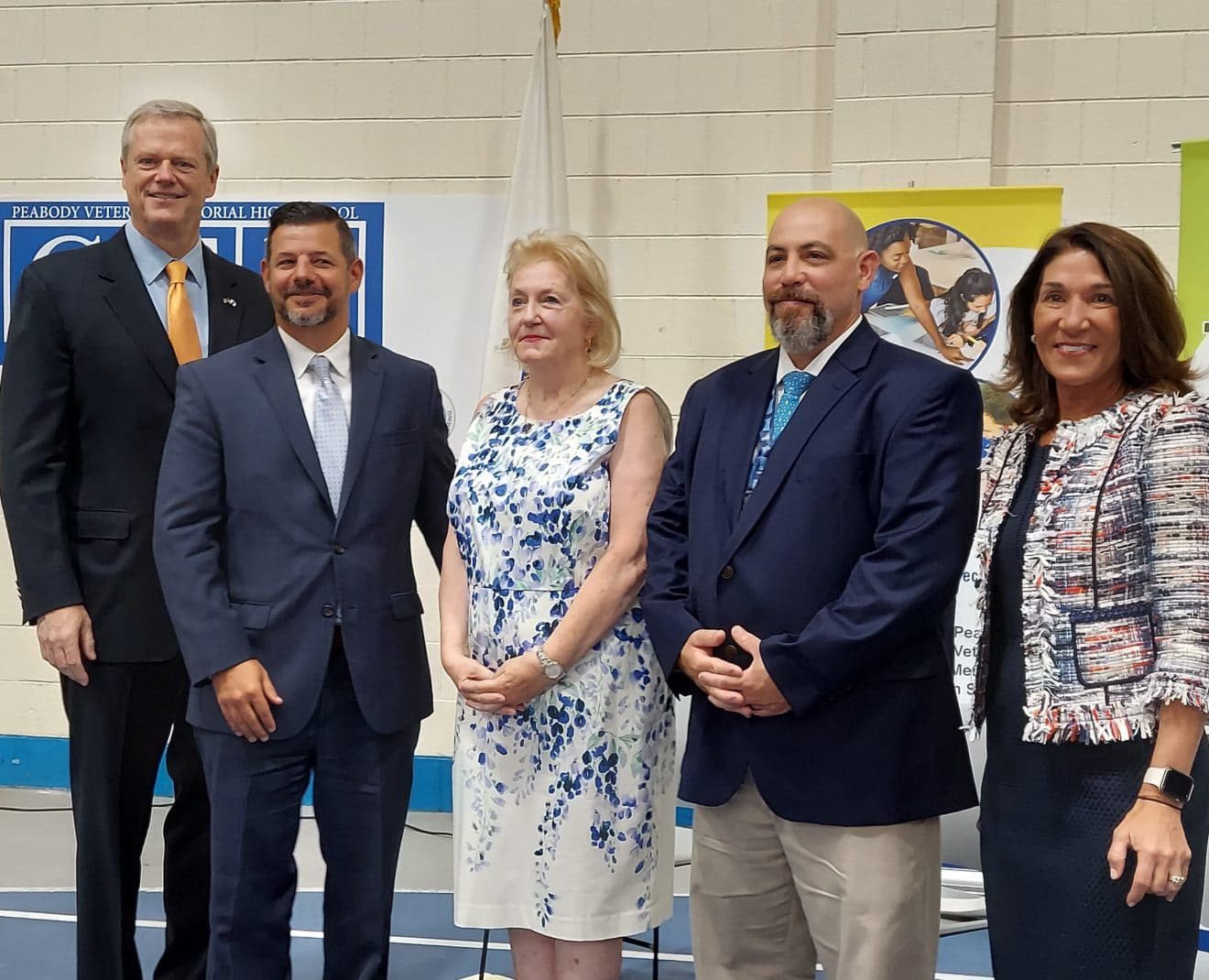 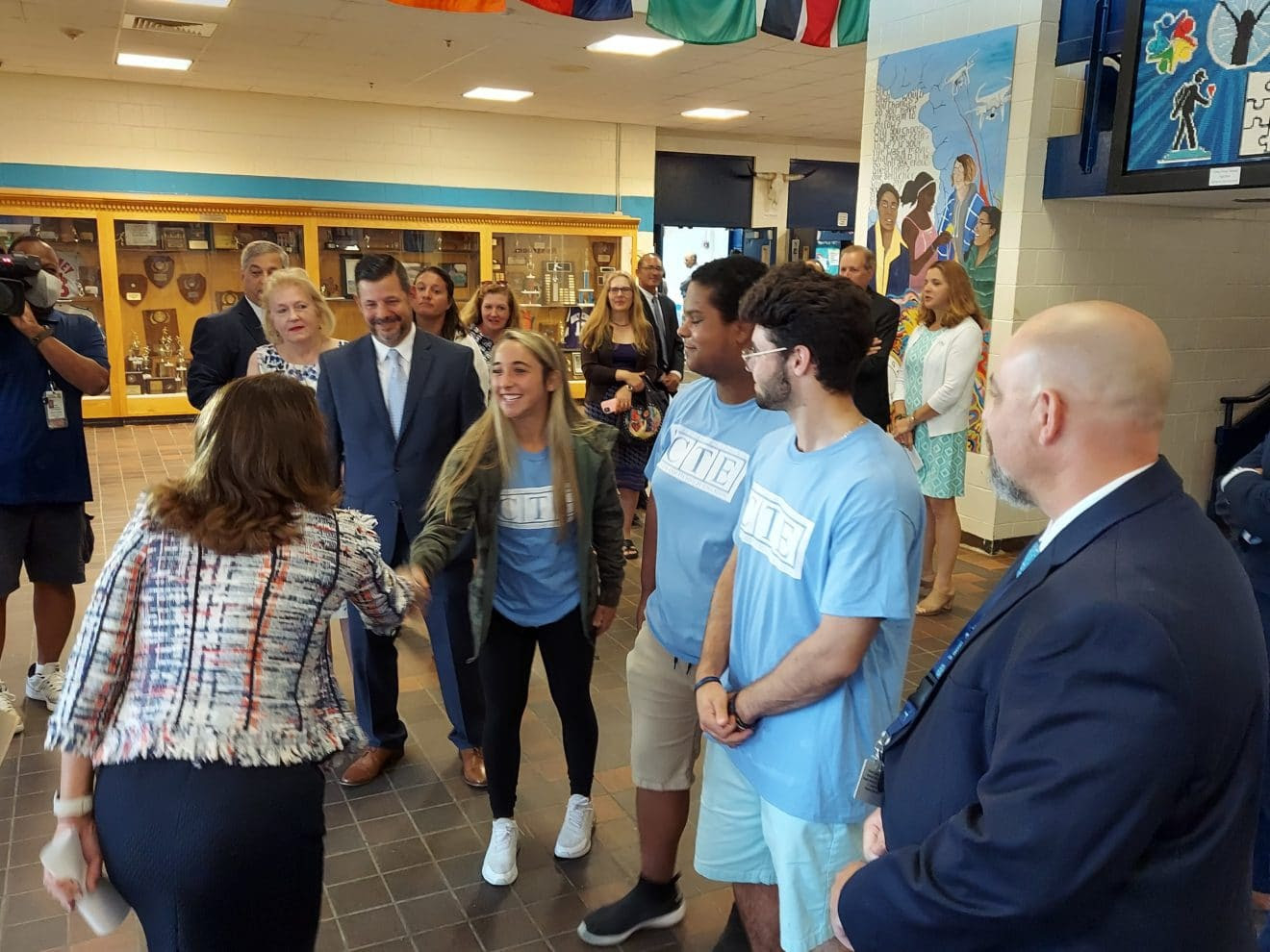 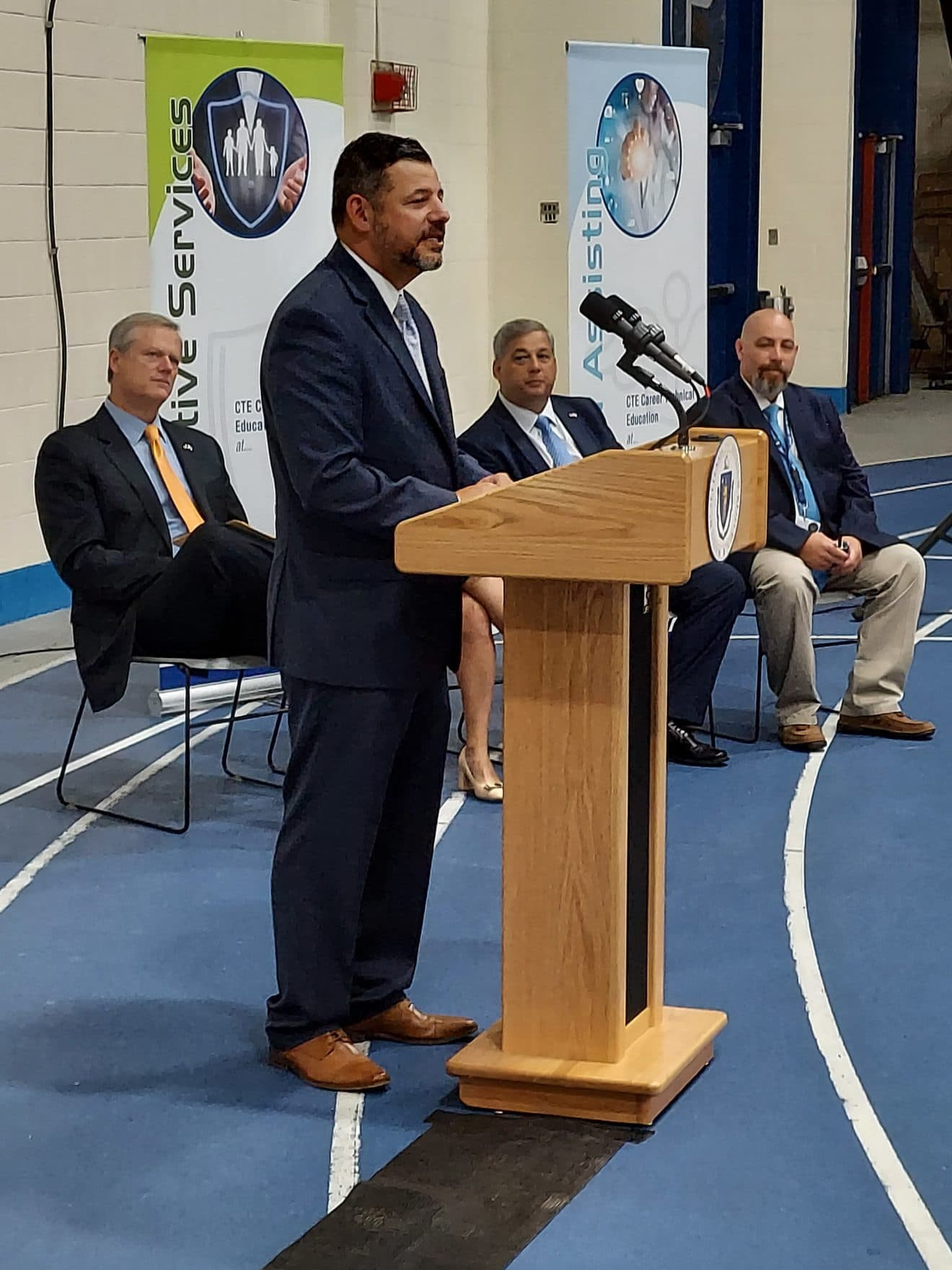 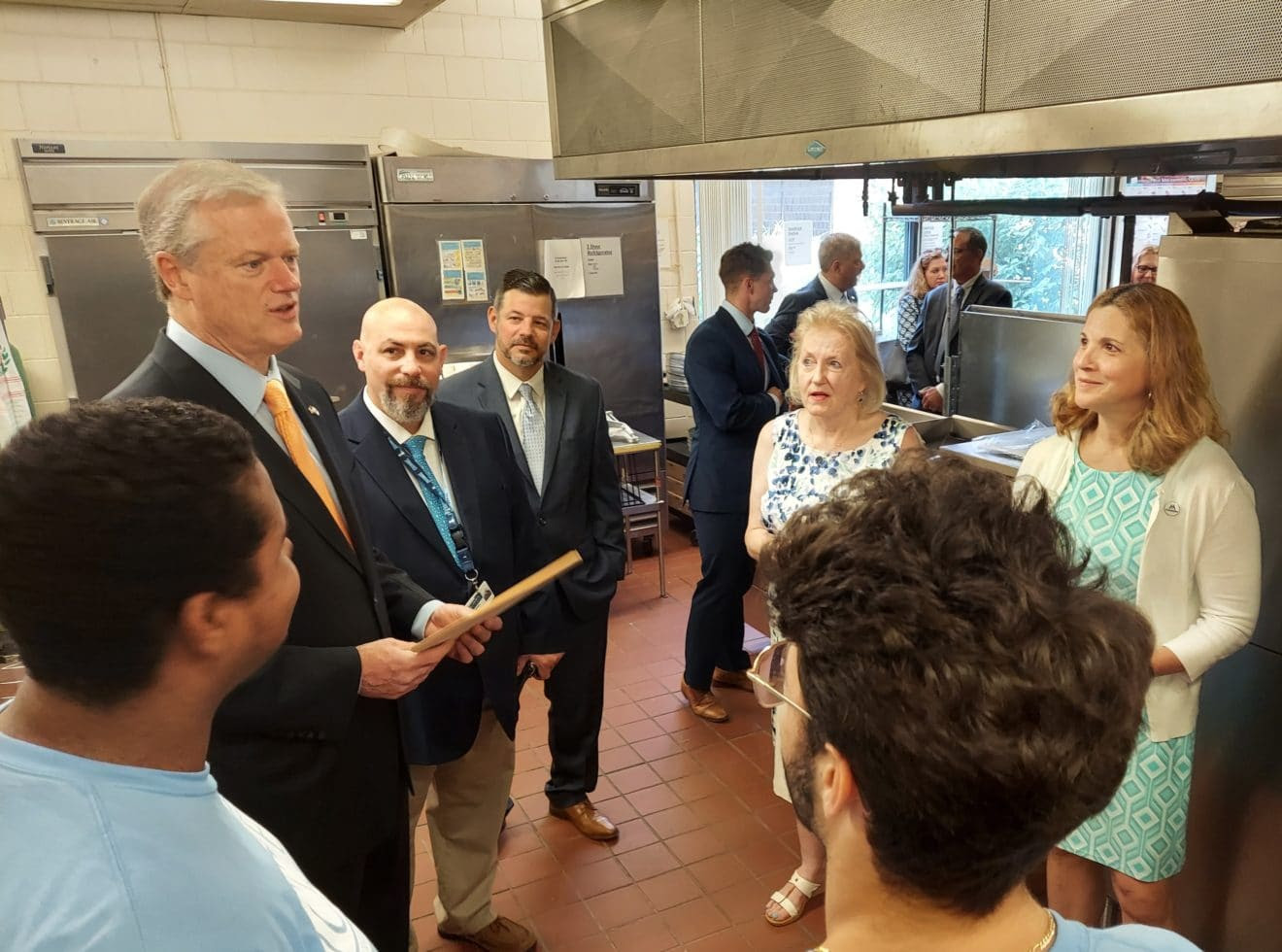 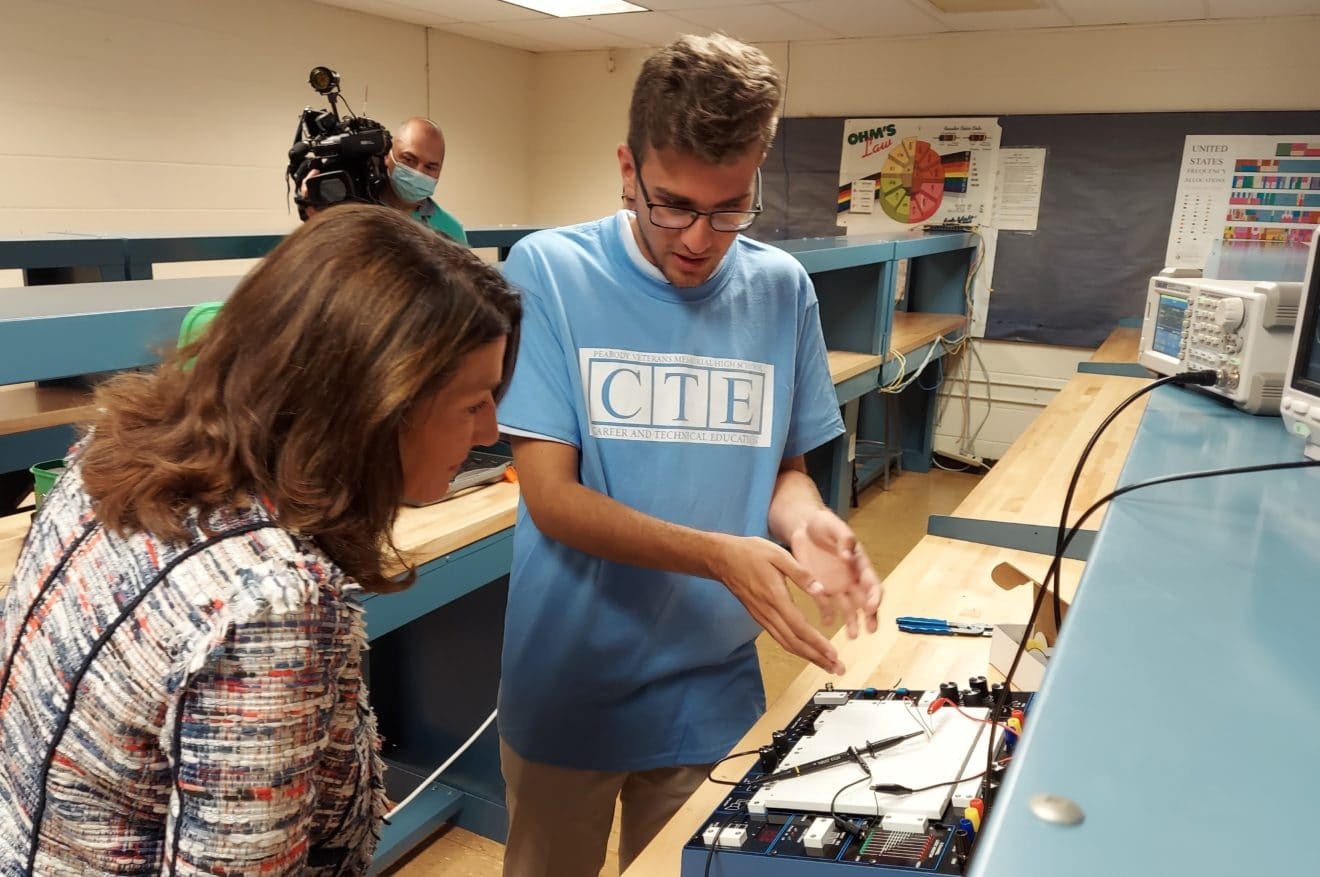 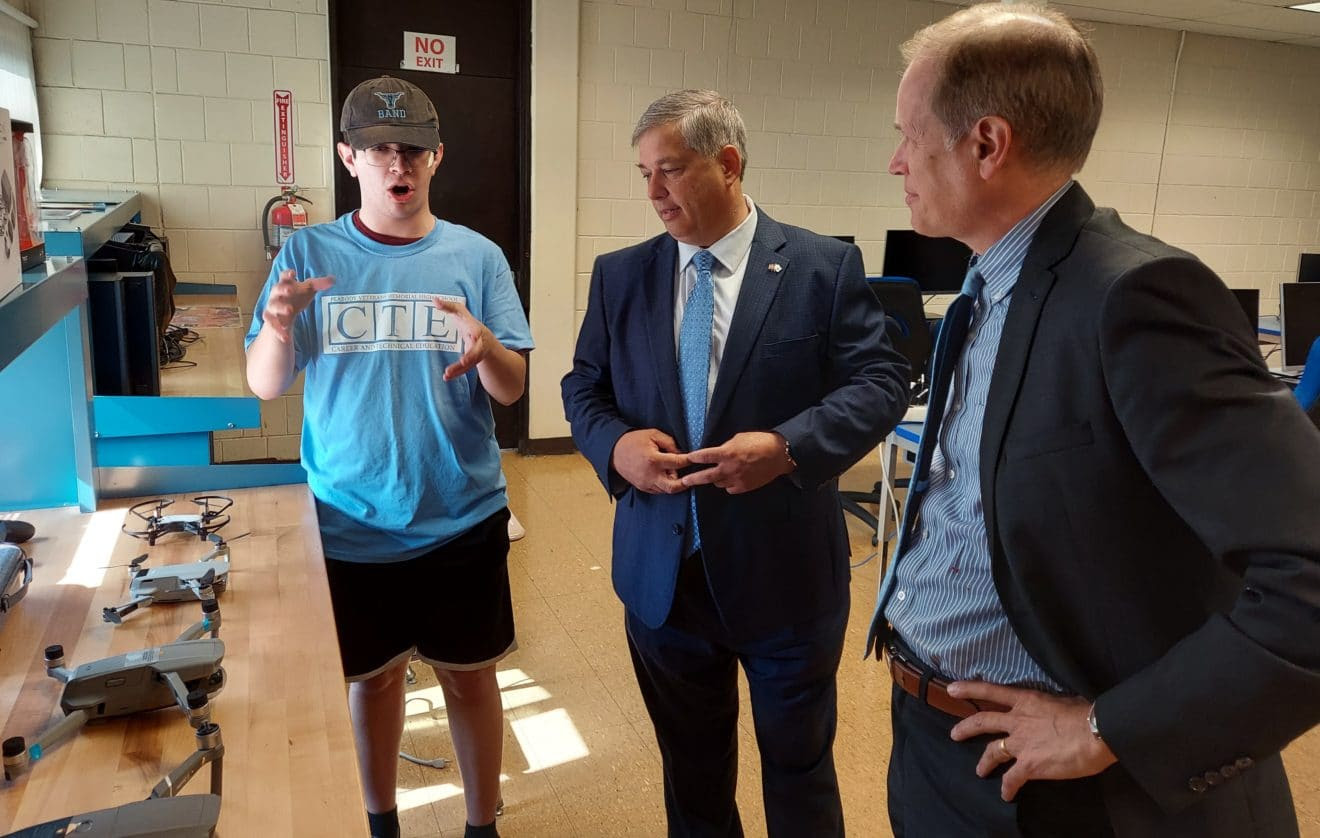